As of November 18, tourists who have remained in Costa Rica for longer than three months will no longer be allowed to use their foreign driver’s license to operate a motor vehicle.

The Public Works and Transport Ministry (MOPT) last week announced the end of the grace period for foreigners.

“In the case of foreigners or nationals who must homologate their license, a grace period was granted to drivers who, since December 17, 2019, are in the country as tourists, so that they can drive using the license from their country until November 18, 2020,” MOPT explained.

“On November 18, the extension expires for the homologation process.”

Likewise, permanent and temporary residents who should have homologated their license after March 20, 2020 have until November 18 to do so; after that date, their foreign license can no longer be used as permission to operate a motor vehicle.

What this news means for you

Foreigners can legally drive in Costa Rica using a driver’s license from another country for up to three months after their arrival. This typically doesn’t usually cause problems, because Costa Rica issues tourist visas for up to 90 days.

But the coronavirus has caused Costa Rica to extend certain tourist visas. In the most extreme case, a tourist who entered the country on December 18, 2019 can legally remain in Costa Rica until March 2021. However, as of November 18, that person will not legally be allowed to drive.

Residents and citizens — who in normal circumstances are among the only people who can   stay in Costa Rica longer than three months at a time — must homologate their license in order to keep driving beyond the 90-day limit. Appointments for homologation are available at this link. 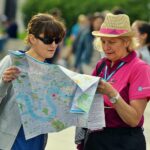 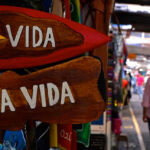